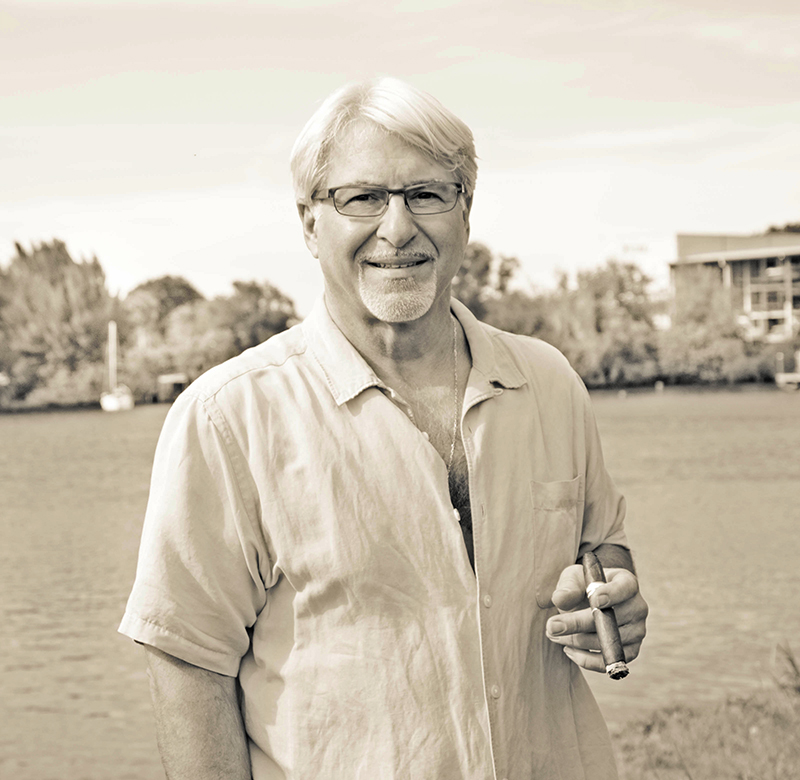 An award winning craftsman and acclaimed metal artist, Nicholas Toth’s authentic, individually hand crafted copper and brass diving helmets and original copper and brass works of art, including his new luxury line of cigar ashtrays, reflect his dedication to exceptional quality, masterful design and the traditions that have guided him throughout his life.

Nicholas Toth’s work has been featured both nationally and internationally, with his work included in permanent museum exhibits and in national archives. In 2000 Nicholas was awarded placement in the collection of the American Folklife Center in the Library of Congress and that same year represented the State of Florida in the Legacies Project, celebrating the 200th anniversary of the Library of Congress.

In 2003 he was awarded the prestigious NEA National Heritage Fellowship, presented in Washington, D.C. by the National Endowment for the Arts. Nicholas was honored in 2006 when he was recognized by the Historical Diving Society US Chapter for his significant contributions, receiving the distinguished E.R. Cross Award.  In 2008 he was awarded the Florida Folk Heritage Award, presented by the Department of State, Division of Historical Resources and in 2012 Nicholas was once again honored by the State of Florida, receiving his second Florida Individual Artist Fellowship.

Born and raised in the Greek community of Tarpon Springs, Florida, Nicholas grew up around his grandfather’s machine shop and the adjacent boat yard, located on the banks of the Anclote River, overlooking the Sponge Docks in Tarpon Springs, where he watched the classic wood hulled sponge boats being built. Anthony Lerios, Nicholas’ grandfather, emigrated from Greece in 1913 and was a highly educated and skilled master machinist and engineer, capable of fabricating anything not made of wood that was needed to operate a sponge boat. From the rigging and pulleys, tiller hardware and anchors of the old schooner-sail type of sponge boats that existed before the dominance of diesel power, to the installation of diesel engines.

It is from this diverse background and hands on experience that Nicholas learned his craft. After graduating from the University of Florida, with a degree in Political Science, Nicholas returned back to his grandfather’s machine shop. Working full time as an apprentice under his grandfather’s guidance and tutelage, Nicholas began learning the old-world techniques of crafting copper and brass diving helmets.

Now with over 35 years of experience, Nicholas is recognized as a Master Artist, Craftsman, and Master Helmet Maker, paying tribute to the lineage of his background and continuing the legacy of outstanding craftsmanship that began over one hundred years ago by his grandfather, Anthony Lerios.

“My art is a vehicle that is used to transport the viewer back to a time when the dominant metals were copper and brass. When someone looks at my diving helmet, I want them to experience a sense of elegance in its form, while also feeling a sense of curiosity as to who wore these helmets and why…..

As I expand my artistic expression, I look for new ways to utilize my craftsmanship. With the introduction of my new luxury line of cigar ashtrays, I continue to design my art pieces using shapes and forms that are directly inspired by elements found in my diving helmets.” 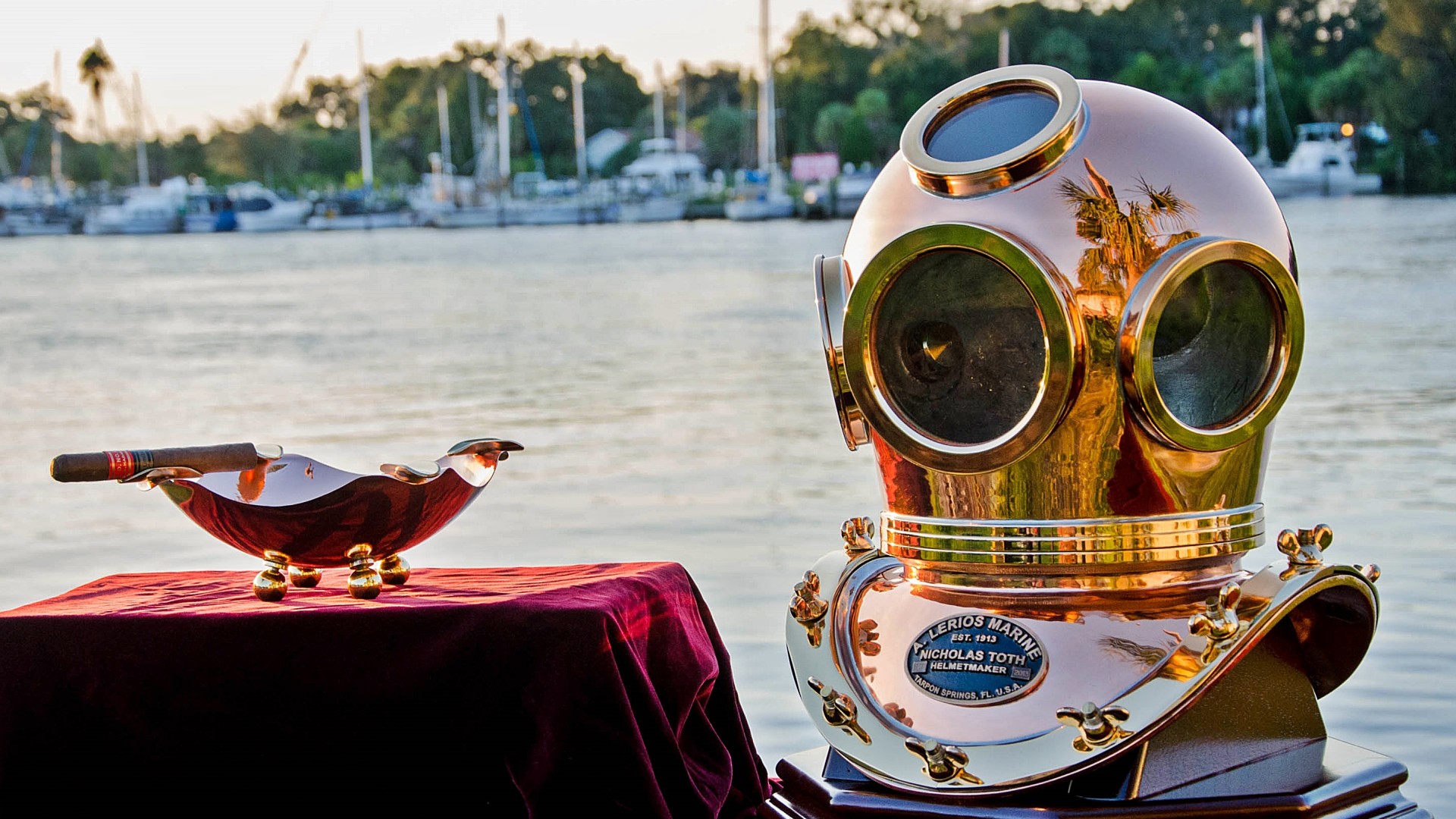